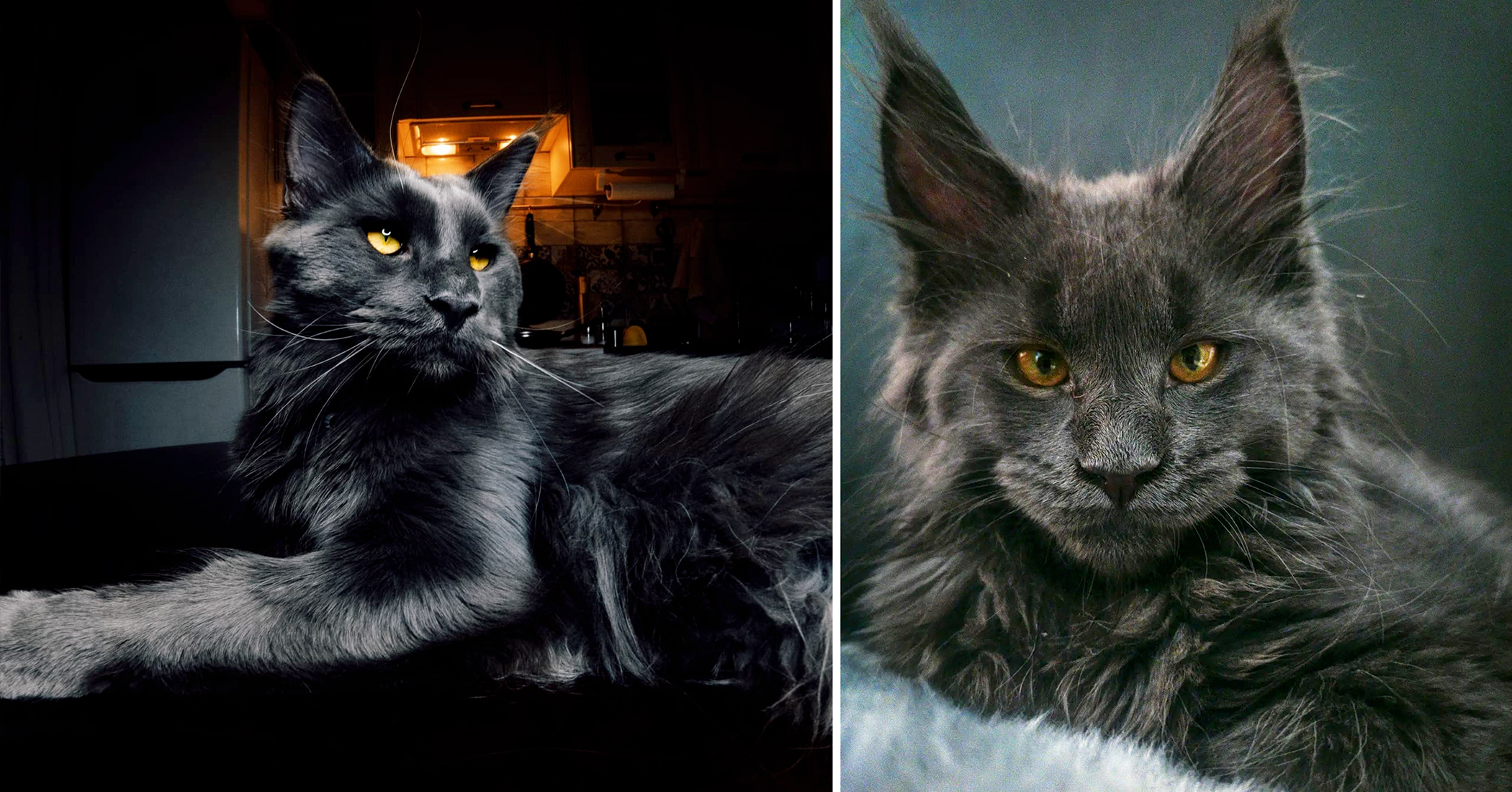 When a Russian couple walks around with their huge cat that looks like a “panther”, they get some amazing reactions. With his enormous size, striking eyes and silky coat, Vincent the cat has become an internet sensation.

Moscow-based Andrey Kolbasin and Anastasia Semerikova had Vincent after falling in love with him as a kitten; he now weighs 11 kilograms (24 pounds 4 ounces) and continues to grow.

“People are always impressed and sometimes slightly horrified,” Andrey told The Epoch Times. “When we walk with him in our arms, he always catches the eye and the brave ask to pet him.”

The couple regularly posts photos and videos on their social media accounts for the half million Maine Coon fans.

“When we decided to acquire a cat, we immediately chose the breed and started looking for sales on the Internet and at shows. Vincent was one of the first to call on us, but he had no only two months old and at that age getting a kitten off the internet is a risk,” Andrey told The Epoch Times.

“We looked for others, but still decided to take the risk of buying a kitten without clearly understanding his pedigree, because our hearts were drawn to him.”

From that moment, Andrey and Anastasia began to take care of their fluffy black cat. And the hairy really follows its owners everywhere. Vincent even likes to sit at Anastasia’s dressing table and try to “help her with her paw” while she does her makeup, and also gets involved in the couple’s exercise sessions.

“Most of the time he sits or lies down and watches us from somewhere nearby,” Andrey said.

Like most domestic cats, Vincent has plenty of little quirks. He meows loudly in response to their sneezes and seems very sensitive to the fact that one of the humans in the house is feeling unwell.

“He’s hard to touch during the day, but very affectionate in the morning when he comes to wake us up,” Andrey said.

In the summer, the couple take Vincent with them for picnics and walks in the park. Vincent also behaves a bit like a dog, according to his masters.

“He loves it when we throw a ball to him, which he then brings up and asks us to throw back,” added Andrey.

Typically affectionate and good-natured, the Maine Coon is an extremely popular pedigree breed. The couple are often asked where they can buy the same cat.

“I consider the question to be wrong,” Andrey said, “because there are no such cats – you have to look for special ones.”

Share your stories with us at [email protected], and continue to get your daily dose of inspiration by signing up for the Inspired newsletter at: https://www.theepochtimes.com/newsletter