By Christopher Stevens for the Daily Mail

The Beautiful Rivers of Britain with Richard Hammond

Gentlemen of the road, as we called them, too cultured to be mere vagabonds, they roamed the neighborhoods doing odd jobs and sharpening knives.

Ken Smith is the last of the breed. He stopped walking 40 years ago, settling beside distant Loch Treig in a wooden hut he built himself.

But he still doesn’t think of walking 27 miles down Ben Nevis, to Fort William to post his letters – then 27 miles back.

Filmmaker Lizzie MacKenzie, who befriended 74-year-old Ken ten years ago, has been filming him for two years. His sweet and charming documentary, The Hermit Of Treig (BBC4), portrays a man with a touch of poetry in his soul, who is seemingly immune to loneliness. 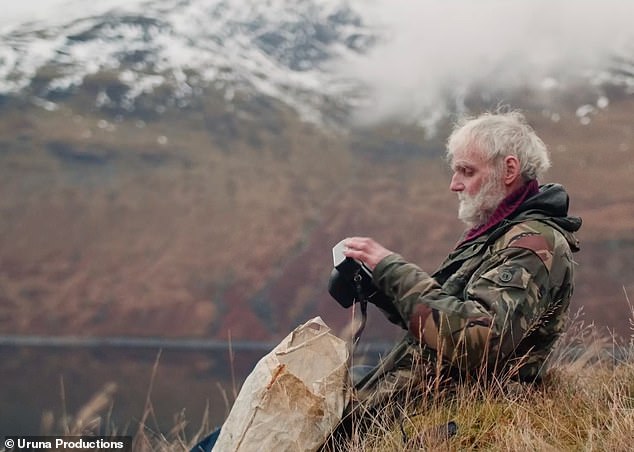 The Hermit of Treig follows Ken Smith, 74, who lives alone in a wooden cabin near Loch Treig 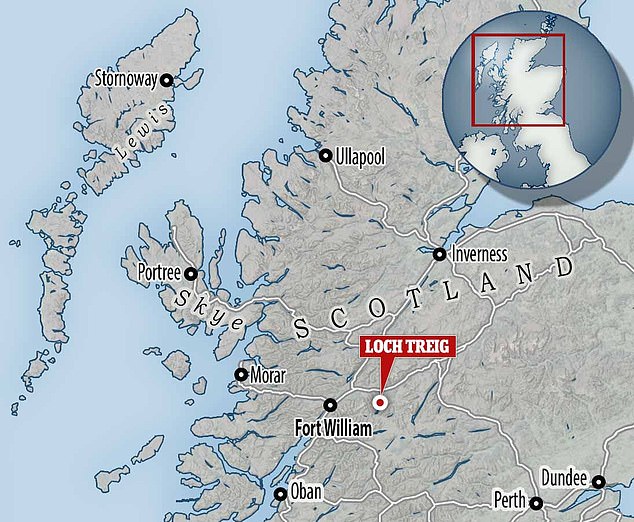 Loch Treig is a relatively isolated area of ​​Scotland, the nearest town being Fort William

He can go two weeks without speaking to another human being, although he has long conversations with his roses – he insists that they bloom better for that.

Karaoke chaos of the night:

After Prue Leith joined him for a jubilee edition of his Art Club (C4), Grayson Perry produced a microphone and serenaded him with Billy Joel (I Love You) Just The Way You Are. Prue looked genuinely appalled. Whatever you think of his pottery, Grayson can’t sing.

Ken picks berries, which he stores in a shed to keep birds away. He ferments wine in two-gallon jars, supping it in the evening while writing the diary he’s kept since the 1950s. “It’s nice to have the truth written down,” he says.

And he is passionate about wildlife and landscape photography. Visitors can also have their picture taken, but it does not take selfies. Why would he? Ken has no electricity, let alone social media.

There’s a childish touch to this Derbyshire-born man, who left school at 15 and worked as a laborer for 20 years. He never married. One night he was attacked by a gang in his hometown and beaten so badly that he suffered a brain hemorrhage.

He was unconscious for three weeks and could no longer walk or talk. When he recovered, against all odds: “I decided that I would never live on anyone’s terms but my own.”

The film never leaned in and left many respectfully unasked questions. Ken loved his parents dearly, but when they died he never formed another relationship. MacKenzie didn’t try to find out why, and she stayed away from the story as well.

I would like to know why she is so fascinated by this man’s solitary life. Could she live that way herself, and does she see him as a mentor or more like a surrogate grandfather – or neither? A current of uneasiness troubled this affectionate film.

Ken suffered a stroke in 2020, and health and social services are making noise for him to be treated – but living in a city could be his death.

He is content to let life take its course. His vision is fading, as is his memory, but he is not unduly disturbed. “I live in a world of clouds,” he says, as if it weren’t a bad place. 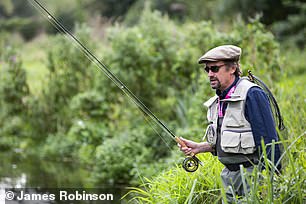 Richard Hammond walked too, as he followed the Severn from its source to the Bristol Channel in the first episode of his travelogue, Britain’s Beautiful Rivers (More4). He’s an effortlessly competent presenter, in the mold of Tony Robinson – happy to chat with historians amid the ruins of a castle or wade armpit-deep around a Victorian weir.

Hamster seemed more relaxed being away from his co-stars on The Grand Tour, knowing he can film a segment without being mercilessly mocked in the studio by Jeremy Clarkson and James May.

But he was happy to pull the mickey out of himself. Banging his head on the roof of the Severn Tunnel, he said: “I don’t need to bend down very often: it’s a new experience for me. I’m an inexperienced ducker.