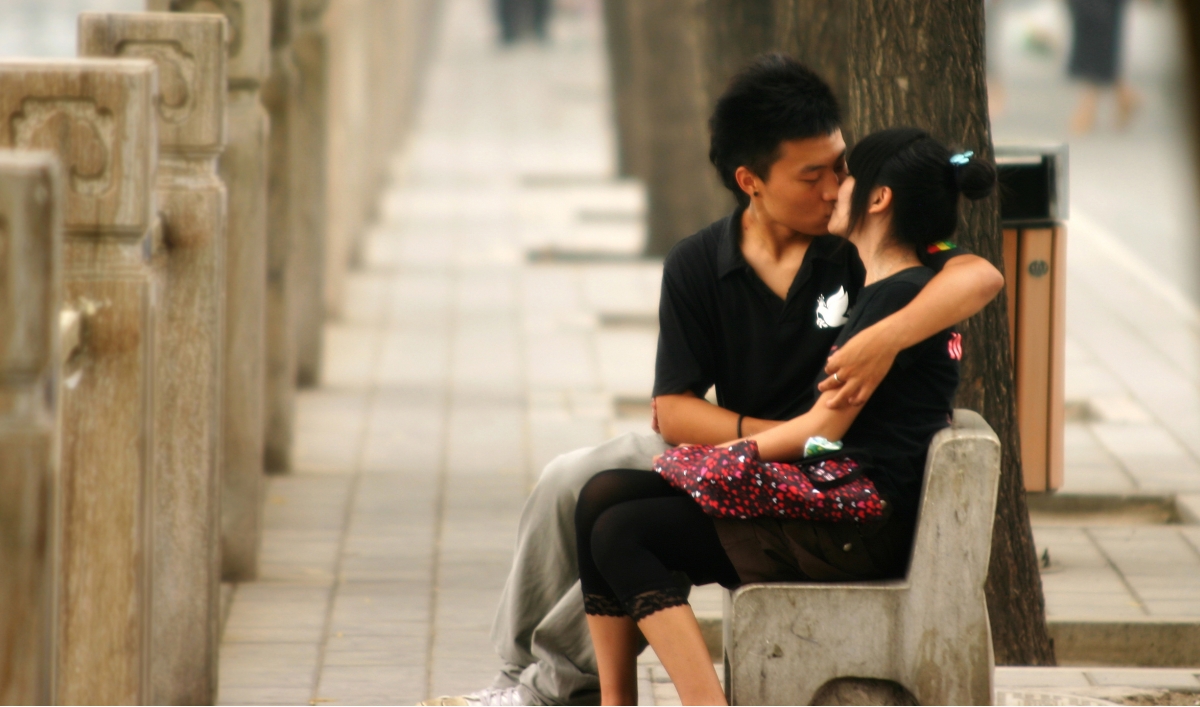 People all over the world are falling in love. It seems like an obvious truth today, but it used to be quite controversial.

In fact, some researchers still believe that romantic love was invented by European troubadours in the Middle Ages, and that people outside the Western tradition don’t really experience it.

â€œWe decided to see if this was true,â€ says anthropologist Ted Fischer, who teaches at Vanderbilt University.

In 1992, he and William Jankowiak, an anthropologist at the University of Nevada in Las Vegas, conducted an anthropological research survey of 166 different cultures around the world.

â€œWe looked for evidence of romantic love, and it could have been love poetry, or runaways, or just general descriptions of what we would consider romantic love,â€ says Fischer. â€œAnd we’ve found it in an overwhelming majority of cultures. “

Fischer says that in the few places where they didn’t find evidence of love, well, the anthropologists who did the original studies weren’t looking for the factors he and Jankowiak were looking for. So love-related runaways or suicides may have happened and simply went unrecorded.

â€œSo we thought it was very likely that romantic love would be found in all cultures,â€ he says.

Jankowiak and Fischer’s article caused quite a stir, and it is now widely accepted that people from cultures outside the West experience romantic love.

But maybe not all romantic loves are the same.

For example, when asked about love in surveys, people in some Asian countries are more likely to describe love in negative terms than Westerners.

In countries with a tradition of arranged marriage, falling in love is disruptive and dangerous. Historian Stephanie Coontz studies marriage, and says it wasn’t until recently that it was assumed that love would come before wedding.

Falling in love is probably about having fun, and some cultures put more emphasis than Westerners on serving your family or community.

When asked about love, many people in China talk about merging two families or perpetuating the family name. They’ll likely focus on long-term attachment rather than Hollywood-style romance. They will talk about duty and commitment. When independent producer Rebecca Kanthor spoke to people on the streets of Shanghai about love, the word that kept coming back was â€œresponsibilityâ€.

Chen says she hopes to find a husband whose parents get along with his parents.

â€œTwo years ago, I would say that getting married is more like loving someone,â€ she says. â€œBut now I’m getting more and more practical. “

This kind of approach to marriage is still common in China.

â€œIt’s very pragmatic,â€ Xu said. “It’s based on thinking about whether or not that person is going to fit into your family and whether they are going to be a good financial choice, etc.”

And yet there is love poetry in China and songs about romantic love. Xu says polls that seem to indicate a lack of passion in China don’t quite ring true.

â€œThe problem is, all of these studies are done using self-assessments,â€ says Xu. “So it’s really hard to know: do people accurately report their experiences and is there this drastic difference between how Westerners experience love and how Orientals experience love? Or does culture influence the way people talk about it? “

Xu led the first study to examine the brains of Chinese lovers and compare their brain scans to those of people in the United States and England.

â€œWe have found that they are almost identical,â€ she says.

Xu says the few differences his team found may be due to the fact that they were using a more powerful scanner than the one used in previous studies.

This research supports what Xu guessed to be the truth: “The way we go through the process of love can be very culturally defined,” but the experience of love is really not that different from a culture to another.

And Chinese culture may be changing when it comes to love and marriage.

Nowhere is this more apparent than in the marriage markets that have sprung up in Chinese cities in recent years. As millions of people migrated to urban areas, the old ways of negotiating matches became impossible. You cannot consult the neighbors if you do not know them.

During a recent weekend in Shanghai, spousal seekers filled People’s Park to look at personal ads displayed on the sidewalk or hanging on the walls. Many were parents looking for spouses for their adult children, sometimes without the children’s knowledge. Some opened umbrellas, put them on the sidewalk, and cut plastic sheets of paper for them, listing their children’s vital statistics – age, height, income.

Zhou Yun, senior matchmaker at Shanghai Hongyan Matchmaking Company, was in the market to help arrange meetings, for a fee. She says things have changed since she was little.

“In contemporary China, young people place a lot of emphasis on material conditions” when looking for a mate, she said. “They are quite picky.”

One thing that many parents of young women insist is that the future groom has his own apartment. Few young men can offer this. Zhou Yun says people want too much, so they are unlikely to find spouses.

â€œA lot of young people are the single children of families,â€ she says. “Their parents fear their children will be abused in marriage.”

Some people in Shanghai say they think Chinese ideas about love are changing, influenced by the West. But Zhou Yun does not agree.

â€œIn fact, throughout Chinese history, falling in love hasn’t changed much, when it comes to the way people feel,â€ she says. â€œRegardless of Chinese or foreigners, our feelings are basically the same when it comes to love and relationships. ”

Editor’s Note: This story has been updated to correct the academic affiliation of researcher Xiaomeng (Mona) Xu.

Rebecca Kanthor and Yifan Xie in Shanghai contributed to the reporting of this story. You can read and hear more on “What is this thing called love?” at our partner The real big questions.