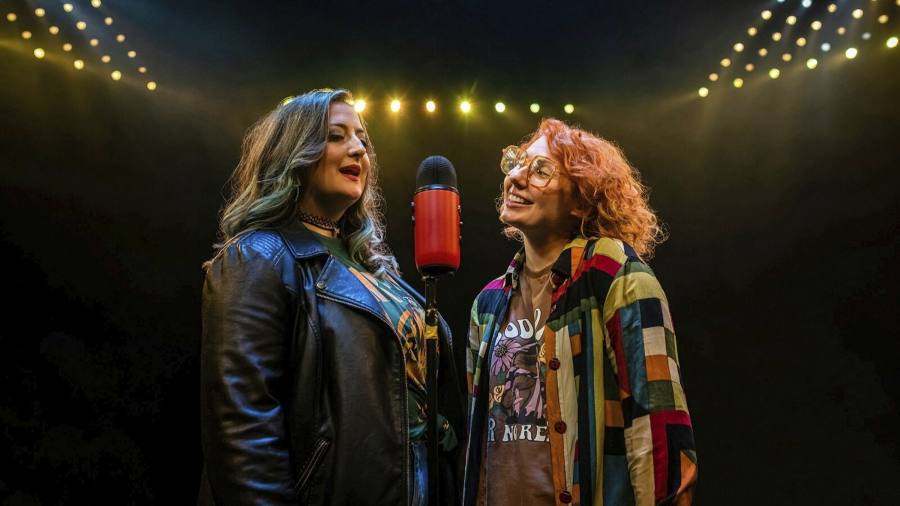 This year’s Edinburgh Fringe has a beleaguered, but cautiously hopeful atmosphere. It all started with storms: The Fringe Society sparked anger when it decided to take down the Half Price Hut and the official Fringe app, two valuable ways for artists to sell tickets. Train strikes and soaring accommodation prices have increased the pressure on performers and audiences. But still, the streets were filled with unexpected sunshine, make-up leaflet distributors and thick crowds of tourists, in a welcome, if fragile, return to form. Here are a few highlights from his bountiful line-up.

The truth is an indispensable dog in the kennel

According to acclaimed director Tim Crouch, continuing to love theater after all the devastation of the past two years is “like fucking a corpse.” His solo performance is an affectionate but desperate dialogue with the art form in which he has made his career. Its center lap is good. While he pretends to decry this dying medium, he actually shows his power, using the audience’s imagination to paint the outlines of an expensive West End theater where King Lear is playing, or to flesh out a lewd reality TV storyline whose details he obscures with a coy “you know”. It’s a moving, dirty love letter to the almost lost art of being in a room, together.

Fringe regular Victoria Melody is one of life’s geeks, known for dabbling in the world of pigeon racing, beauty pageants or funeral conducting and making fun and crafty shows about the results. But could his whole career be just a symptom — a way to cope with undiagnosed ADHD? After receiving her diagnosis, she becomes a scientist, exploring why performers seem disproportionately likely to have ADHD. His hypothesis is that the risk-taking involved in stand-up comedy produces dopamine hits that are hard to get elsewhere. What follows is daffy and dark in equal measure. Melody dives into her investigation with a charisma that defies scientific classification.

Most marginal places smell of sweat and damp. But Jean-Daniel Broussé’s show is filled with the delicious scent of baking bread, thanks to an on-stage oven, which he uses to recreate the atmosphere of the rural French bakery where he grew up. At the age of three, he sat on a sack of flour to watch his father at work, hypnotized. Now he’s queer, gluten-intolerant, and longs to make a living on stage. (the pain is full of the pain that comes from being forced to part with longstanding traditions. But it’s also full of spirit and life: in a sequined baker’s outfit, he falls onto a flour-dusted counter with a joy that will not be reduced to submission.

Roxy Assembly as of August 28

School is almost out, and Kash and Mohsen can’t wait to make a splash at the year-end pool party. The only problem: they can’t swim. Karim Khan’s moving and witty play explores the pains of assimilation through the story of two Muslim teenagers who are afraid to drift away from their white classmates. Kash (Varun Raj) is all bravado, launching into cheerful bhangra dance routines and shopping for swimsuits with equal abandon. But Mohsen (Anish Roy) is more suspicious, seeing the way security guards keep tabs on the pair, and worries about the silent sacrifices that come with onboarding. The story is filled with atmosphere by James Button’s ingenious pool set, and Sita Thomas’ direction of motion, which means the boys seem to float as they navigate uncharted waters.

Kathy and Stella solve a murder

The Roundabout venue at Paines Plow is having a very, very good year, putting on some of the Fringe’s best shows. Among them is this quirky gem of a musical about Kathy and Stella, two true crime obsessives with a failing podcast who (intrigue!) discover they have an actual murder to solve. Writers Jon Brittain and Matthew Floyd Jones fill this show with catchy songs and witty, insightful lines, sketching the tongue-in-cheek contrasts between the language of feminism and the horror of murder around which this couple builds their careers. “I see no danger in tying all my self-esteem to strangers’ approval,” Kathy announces as their podcast finally goes live. Of course, things take a dark turn. Sure, there are some crazy, bloody twists. But what’s less expected is the warmth this musical shows toward its weird, nerdy, and wonderful heroines, as they spoil their investigation — but build their friendship into something damn wonderful.

Rafaella Marcus’ play is a miniature thriller, drawing its strength from the complex web of ideas it touches on in its 70 minutes. It subtly reveals the stigma attached to bisexuality, as Daphne (Jessica Clark) is forced to hide her past from her new girlfriend. He modernizes that of Ovid Metamorphoses, turning the transformation of a nymph into a tree into a linguistically rich metaphor for the crippling shame that accompanies sexual assault. And it turns into an excruciatingly tense chase through soulless apartment buildings, showing how ancient power dynamics can tear apart most modern settings. Jessica Lazar’s direction is urgent and fast, while Clark’s central performance shifts poignantly from naïve confidence to abject terror. A disturbing hour or so, but well worth it.

age is a feeling

The Fringe is a place that makes you acutely aware of the passage of time: each day divided into precious hour-long segments and, for regulars, each familiar place covered in memories. In her wonderfully ambitious solo exhibition, Haley McGee struggles against time and fate. She sits in an umpire’s chair to see her own future, with almost unbearably poignant results – imagining grief, infertility, the arrival of the first gray pubis. Her nimble storytelling skills transform a performance that might seem cutesy into something strange and agile, full of an awareness of the impossibility of encompassing a life. It’s a welcome moment of pause and reflection in a hectic, fast-paced fringe.

We were promised honey!

There’s more time travel on offer in Sam Ward’s performance: With the energy of an eerily charismatic alien, he sends us soaring into an apocalyptic future. It’s drama about climate change, without the papier-mâché and papier-mâché sculptures of doomed rainforest animals. Instead, Ward emphasizes the power of choice. Audiences must decide moment by moment whether to continue the doomed tale of a man who steals a plane and then crashes it – echoing humanity’s own disastrous hijacking of the Earth. Strangers are called on stage to declare their love, deep in a bunker beneath the superheated surface of the Earth. It’s an hour of apocalyptic, eerie theater that makes you grateful to be alive, grateful to be part of a communal gathering of people, even if it erodes the very ground you stand on.