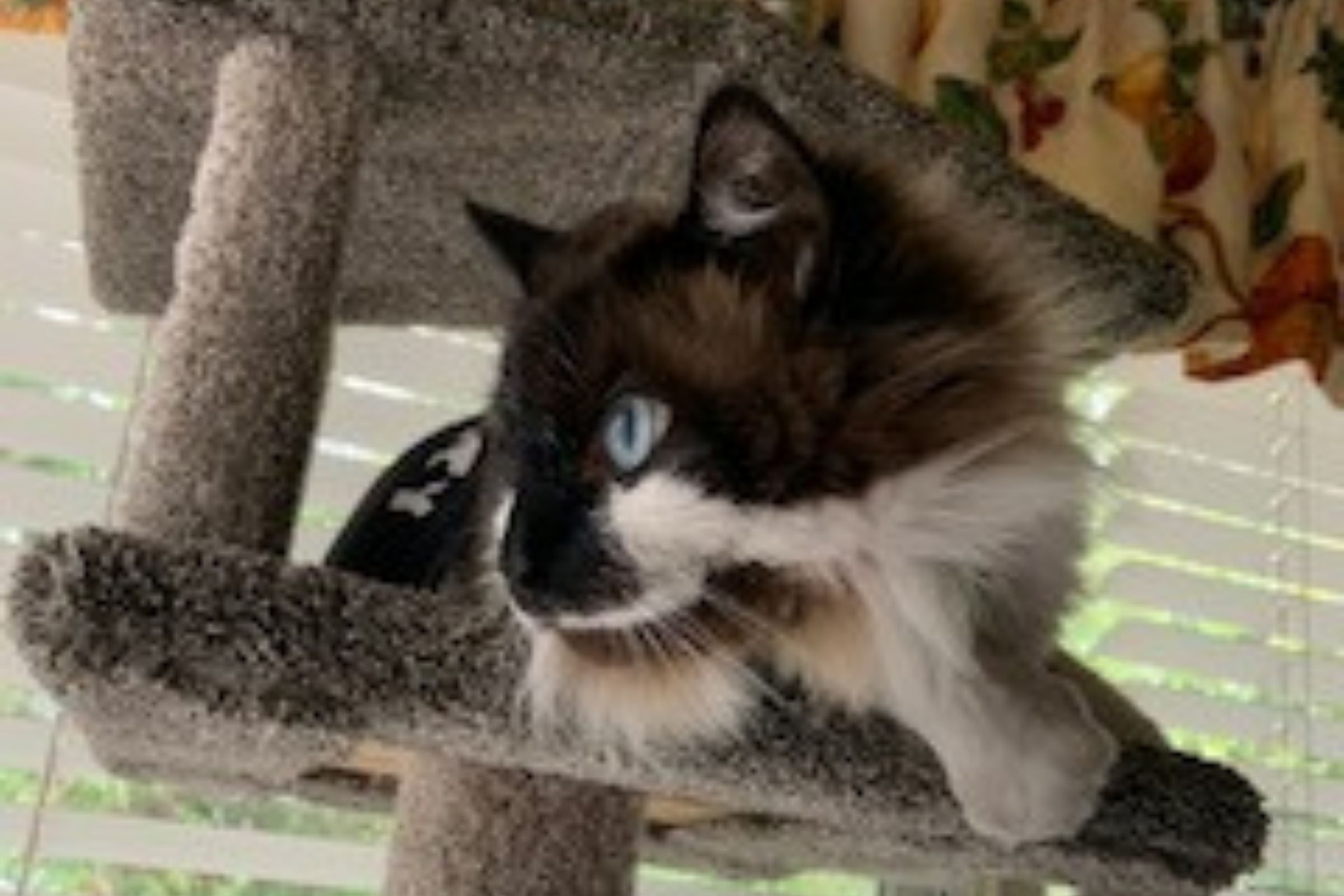 My efforts to clone my pets actually go back about 18 years. I have had three Cocker Spaniel dogs in my life and two were with me from 1990 to 2005. They were male and female and when the female died in 2004 it completely broke my heart. She fell ill and disappeared within days. I researched pet cloning, but found that the companies doing it were just getting started. At that time, it cost around $80,000 (C$100,000). I didn’t have that kind of money and there wasn’t complete trust in the procedure.

Then in 2008, I acquired a Cocker Spaniel named Penny through a foster dog program and decided to keep her. She was one and a half years old and a dear little thing that was my shadow and companion for the next 11 years. We went everywhere together and she was just lovely; very insightful and intuitive. In 2018, Penny developed cancer and I spent $32,000 (C$40,000) on her care over the next seven months, but she died in June 2019.

Trying to clone Penny the dog

I knew of an animal cloning company in Texas, so I quickly started looking into cloning Penny. But it turned out that no one in my town of Kelowna BC Canada had a fridge big enough to store a 25 pound animal body. I had to make some adjustments in my own house, but the situation was not perfect.

Penny passed away on Saturday evening and I took her body to my vet the following Monday morning for the biopsy as it had to be completed within five days of the animal’s death.

Penny’s cells were sent to ViaGen Pets in Texas who tried to grow them for about two weeks, but nothing was growing. This was a huge disappointment for me, as it was really a storage issue. I then had Penny cremated, so that was the end of it.

Bear the cat joins the family

About a year and a half later, I started considering getting another pet and started looking for a cat on local social media. I came across a Ragdoll cat with a big bold and sassy look. I remember thinking, “This cat has personality!”

Bear was almost five years old when I got him in March 2021; he had been allowed out, but in my neighborhood we have raccoons, and I knew from experience that they would kill small cats. I wasn’t going to let that happen, so I trained him to switch from a nocturnal lifestyle to an awake lifestyle during the day and tried to protect my garden from cats. I called it “Bear-proofing”.

I love cats so this was a great companion for me. Ragdoll cats have quite affectionate personalities and bold, sassy temperaments. They are also big and fuzzy and go soft when you pick them up, hence their name. The bear was the smartest animal I’ve ever owned and I’ve had horses, dogs and cats in my life. He was great fun and he really figured things out on his own; there were so many locked doors and windows that he managed to get through!

What I didn’t understand was his need for adventure and exploration. I took him out with a harness and leash for the first few months, but he wouldn’t come back inside on his own and clawed and clawed at me.

I had been told he was resourceful; ran cautiously through the streets and away from strangers. So after he made such an effort not to come inside I tried him with a harness and leash in the back yard and microchipped him and got two GPS devices on her necklace. He was off leash in May 2021. Then one day in January 2022 I let him out around 4:30 p.m. and after about 20 minutes I heard something, saw cars backing into the street and I ran outside. Bear had been hit. Of course, it was my fault. I’m his guardian and I made the wrong decision, and I have to live with that.

Cloning Bear the cat and the arrival of cloned kittens

My executive assistant and I immediately took him to an emergency veterinary clinic about a mile away, but by the time we got there Bear was gone. I asked the doctor if she would do the biopsy so I could clone him, but she refused. So I had to take him home, put him in an extra fridge I had, and store him overnight until I could get to my regular vet in the morning.

It was only three years before that I had researched Penny’s cloning, so I still had all the relevant emails on my phone. I asked the reception at the vet clinic to print out the details of the biopsies and give them to the vet. At that time, I knew the cost, but the price was not at the forefront of my mind. I’m not a rich person, but I don’t see a dollar sign when it comes to taking care of my pets. I knew it would cost $35,000 (C$50,000), but that didn’t matter.

My regular vet was able to do the biopsy and made sure Bear’s cells were packaged at the correct temperature and in the correct packaging. These cells had to travel over 2,000 miles to get to Texas, so I was extremely nervous.

I sent the package on February 1 and they received it on February 2. The lab staff told me that was the right temperature but it took 10 days before they could report to me that they had been able to grow 4 million cells, which were stored in cryogenic freezing facilities. . Now I just have to wait for my name to appear on their waiting list. They have a six month waiting list so I expect to hear from them in August.

In order to create the cloned embryo, the nucleus is removed from a donor cat’s egg and Bear cell DNA is inserted. When this happens, the egg is tricked into thinking it has been fertilized. The embryo transfer takes place and the fertilized egg goes into the surrogate mother cat. After a gestation period of approximately 63 days, between one and three kittens will be born. ViaGen has a facility in Rochester, New York, where at eight weeks they will be given to me. I haven’t really imagined the moment of meeting them because I don’t really want to hope that this first pregnancy will work. I just want to take it one day at a time, but I’ll be curious and excited in November.

Clone instead of adopting a pet

I would much rather breed Bear’s genetic material into another cat than adopt him again because I would like to see Bear’s personality live on. It was the most brilliant animal I have ever owned. Research tells us that an important part of personality is carried by genes, so I’m willing to take the risk. I have already said that Mother Earth is not finished with the Bear and that the Bear is not finished with Mother Earth. So if I can bring back his genetic material in the form of another cat, I would like to do so. If their personalities are a little different, that’s okay, I’ll be happy regardless.

In fact, I met a cloned dog three years ago. I had asked ViaGen if they had any customers in my province and got permission to contact a man who had cloned his dog.

Having a pet is the closest thing I’ve experienced to having a child, so I see cloning my cat rather than adopting another as similar to human parents wanting to go through IVF instead than to adopt. I am able to maintain healthy boundaries as a pet parent; I don’t get as emotionally involved as a human being with a child. But I love my pets enough to appreciate their presence, care for them, and provide them with everything they need to ensure they have healthy and meaningful lives.

It’s not the same as having a child, but I don’t have children, so a pet and feeling attached to a pet is the closest thing to having a child that I can ever know.

All opinions expressed in this article are those of the author.

As said to Jenny Harvard.