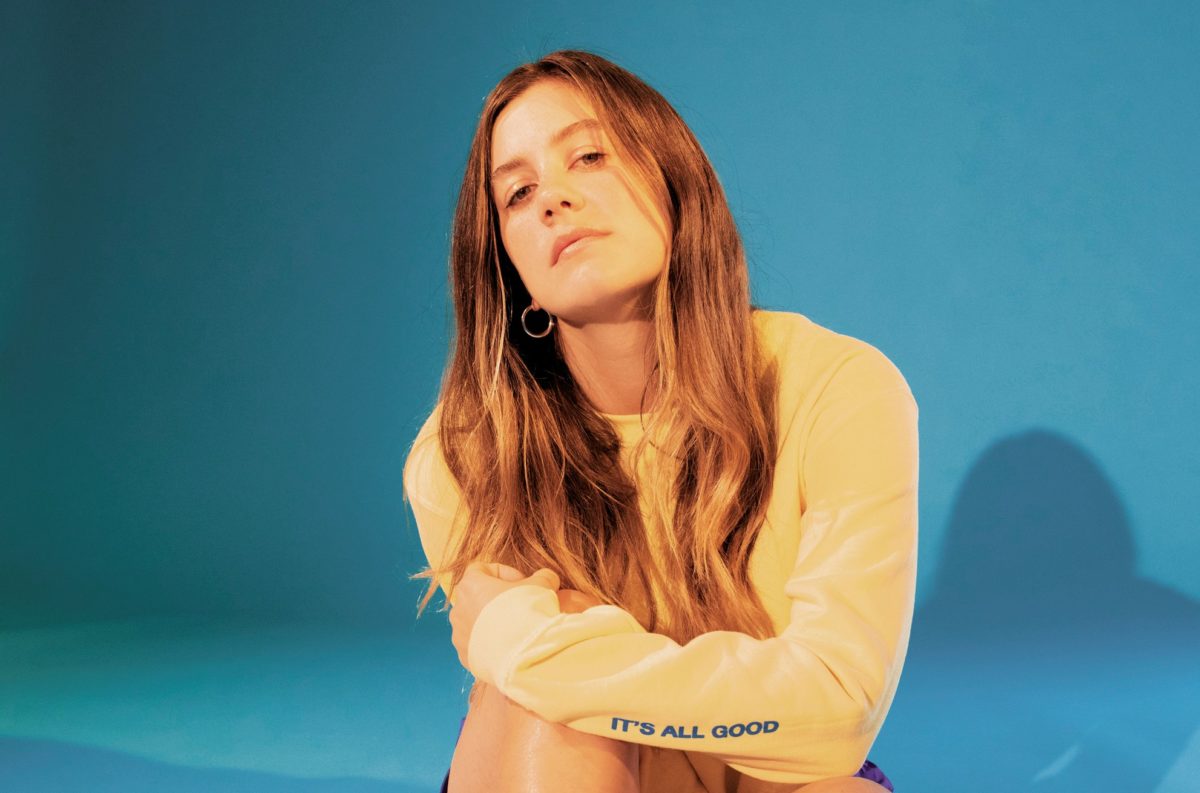 Originally from New Jersey, Laura Dreyfuss has a wealth of experience in both theater and television. Applauded for her groundbreaking roles as Zoe Murphy in the Broadway musical Dear Evan Hansen, Madison McCarthy on the FOX series Joy, and McAfee Westbrook on the Netflix series The politician, Laura received a Grammy Award for “Best Musical Theater Album” in the original recording from the Broadway cast Dear Evan Hansen and a Daytime Creative Emmy Award for “Outstanding Musical Performance in a Daytime Program” in “You Will Be Found”.

After releasing a series of singles over the past year, rising pop artist signed to BMG is set to unveil her debut EP Peaks in November, but before that, she shared her new track “Nose To Nose” – a beautiful hymn that pays special tribute to her beloved dog Banjo – and its accompanying video.

In “Nose To Nose,” Laura reminds everyone to be grateful for their furry companions while spreading joy and laughter through a stripped down narrative that resonates deeply with pet parents and animal lovers. Laura confides, “With ‘Nose To Nose’ I wanted to capture the purest form of love, and I felt like a fun way to express what I was writing about my dog ​​Banjo. She is such a presence in my life. Yet the lyrics seem to speak of a person! Musically, it’s the joy of having this unconditional love of an innocent animal. It’s a celebration of that. With fun lyrics about playing with her dog and Laura’s honey-drenched vocals to a sunny electro-pop tune, the song radiates joy, appreciation, and raw honesty that’s as smart as it is inspiring.

The video for “Nose To Nose” finds Laura stuck in an ongoing scenario where she must choose between spending time with her dog, Banjo, or her boyfriend. Although she has affection for both, Laura’s attention is always on her dog, which makes her partner a little jealous. The light-hearted video portrays a relatable storyline that many dog ​​lovers can wrap themselves in, offering humor, positivity, and a memory of the good times spent with our loving companions.