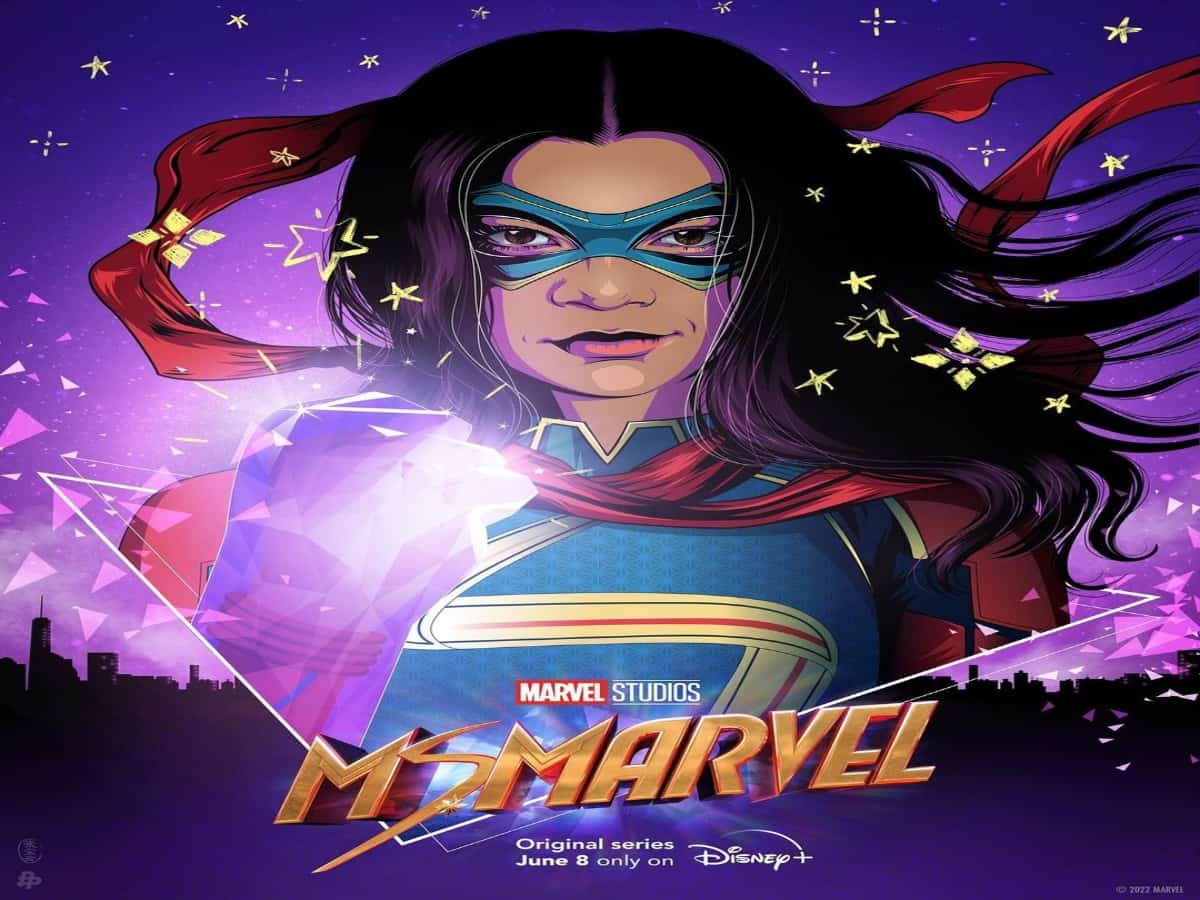 New Delhi: She’s Pakistani American, loves Shah Rukh Khan, and deals with her protective parents’ permission to be distracted from her studies for a party, but only if ‘Abbu’ takes her. It’s Kamala Khan, Marvel’s latest superhero whose very name symbolizes a composite South Asian culture and identity.

Ms. Marvel, a high school girl struggling with the angst and pains of adolescence growing up in Jersey City, made her OTT debut on Wednesday. Pakistani-Canadian actor Iman Vellani plays the first South Asian superhero in the Marvel Cinematic Universe (MCU) and hopes the series is a good start for more such stories.

It’s so wonderful and it really sets an example for other studios and other people to kind of tell their own stories because obviously Ms. Marvel can’t represent every South Asian Muslim, but it’s a start and it’s a great start,” the actor said in a recent Global Roundtable interview.

An avid gamer, the skillful named Kamala, synthesizing various region and religion identities in her nickname, is a Captain Marvel fan with a wild imagination. She feels she doesn’t fit in at school and sometimes even at home until she gets superpowers like the heroes she’s always looked up to.

The series, which also references Partition, has already caught the attention of South Asian Marvel fans, especially those living in India and Pakistan, for its numerous endorsements of Bollywood and Shah Rukh Khan, its positive focus on the Islam as a religion and the familiar areas of conflict between parents and their children. There’s a bit of Hindi – father becomes Chak De Phatte’ at one point – lots of love and food too.

During a recent press conference for the show, the creators were asked about the possibility of Shah Rukh being part of the show.

Vellani answered the question with one of her own, Can we afford it?

Bilal Fallah, director and executive producer of the show, said: Well, if he wants, we will redo the filming.

The series features Indian actors Mohan Kapur and Zenobia Shroff as Kamala’s loving yet overprotective parents – Yusuf and Muneeba Khan. They want their daughter to spread her wings but find themselves at odds with her and her ambitions.

Muneeba’s family also bears the scars of the subcontinent’s partition and hides a major secret.

In keeping with the series’ South Asian appeal, Pakistani Fawad Khan and Indian Farhan Akhtar were announced as cast members, but did not make appearances in the first two episodes provided to reviewers.

Actor-director Akhtar shared a message on Tuesday to praise Marvel for its conscious inclusion and celebration of diversity.

This post is in thanks to the creators, directors, and everyone in front and behind the camera, who have worked together to make Ms Marvel what it is…

This is in thanks from Marvel. I am proud to be part of their conscious inclusiveness. This show is a celebration of diversity and it is sure to bring joy and pride of identity to millions of girls and boys across the subcontinent, the actor said.

According to Vellani, it’s admirable that a big franchise like Marvel creates space for characters like Kamala and Shang Chi, the hero of Shang-Chi led by Simu Liu and The Legend of The Ten Rings, the first superhero. Asian from MCU.

I didn’t even think being in Hollywood or being in this industry was something I could even dream of because I never see myself in that light. I just didn’t think those two things went together.

My whole family, they are very academic. My brother is an engineer. My mother is a nurse practitioner. My father is an accountant. So, I thought, am I supposed to be the lawyer or something? But I’m here, like going for the arts and it’s just wonderful that there’s even room for people like me to exist, she said.

Vellani said it was super weird to be an MCU fan and then see her face on giant billboards.

It’s super awkward and weird and I kind of feel like I’m dissociating myself from it, but that’s the way it is.

Oscar-winning star Brie Larson, who stars as Captain Marvel in the franchise, and will reprise her role in the upcoming The Marvels movie, also starring Vellani, was a huge help for the young actor in the face of instant fame. who made his way.

I asked him if it became normal to see his face so big on a screen, a billboard or posters. It’s so unnatural for a human being to attract so much attention. She was like Honestly, it never gets normal. I feel like it always happens to someone else.” Just to hear that from her was very comforting

Kamala may be the first Muslim superhero, but Vellani said she doesn’t feel any pressure in that direction. She’s more worried about how the show is judged by picky Marvel fandom.

Honestly, I felt more pressure from the fan culture side. I really think we’ve done a terrific job of organically incorporating diversity and culture into Kamala’s story in a way that elevates her hero’s journey.

We use religion, faith and culture to guide and be his moral code, so I wasn’t really worried about that. Honestly, being a nerd and representing other nerds that were scary.

Based on the comics created by Bisha K Ali, the series begins streaming in India on Disney+ Hotstar from June 8 in English, Hindi, Telugu and Malayalam.

The Marvel Cinematic Universe has been responsible for some of the most successful superhero movies. These include Iron Man, The Avengers, Ant-Man, Captain America, Avengers: Infinity War, and Black Panther.