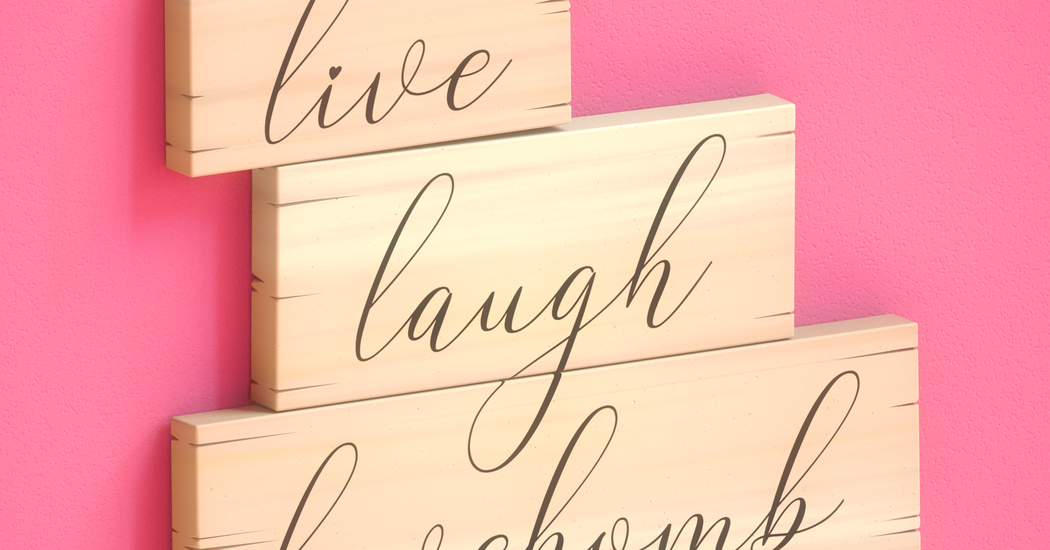 “Someone told me the other day that the person at the checkout at Trader Joe’s had ‘love bombarded them,'” said Amanda Montell, language writer and author of the book “Cultish: The Language of Fanaticism.” . “And like, no, it’s not love bombing.”

The phrase “semantic creep” has been used to describe how the meaning of words changes over time. What we see today, according to psychologist Nick Haslam, professor at the University of Melbourne, could be called “trauma creep”, – when the language of the clinic, or at least the adjacent clinic, is used to refer to an increasingly vast set of daily experiences.

Beneath our collective embrace of such language, Mr. Haslam argues, actually lies a greater understanding – and therefore sensitivity – to the psychological aspects of harm. Which, to be clear, can be a good thing. “We speak out against bad behavior that was previously tolerated, identifying harm that was previously ignored,” he said.

The word “trauma” comes from the ancient Greeks, who defined it as a physical injury. And while the term is still used to describe physical damage, today it is more commonly expressed in the context of emotional. This change was essential in the 1990s and early 2000s to legitimize the concept of domestic violence, said sociologist Paige Sweet, author of “The Politics of Surviving” – and even helped shelters obtain government resources because he “medicalized” the concept.

But as words take on useful new meanings, over time they can also lose precision.

Gaslighting is now “thrown away whenever someone’s perception of something is challenged,” said Shantel Gabrieal Buggs, a sociologist at Florida State University. “Emotional labor” was once used to refer to a burden at work; today it is a generic term for unpleasant household chores.

And #Traumatok, a real spot on TikTok with nearly 600 million views, teaches us that difficulty making decisions, overspending, or the inability to stop scrolling might not just be products of life. indecision, motivation or boredom, but “traumatic responses”. .” All the while, the public airing of our personal traumas – sexual assault, self-harm, eating disorders, etc. – has become so ubiquitous that it now has a name: “trauma dumping”. Seriously, what’s going on?

The backdrop to all of this, of course, is the true collective “age of trauma” that we are all living through. A lot of things are really not good. When everything seems so dire, why shouldn’t our speech patterns be shaped by these extremes? The Trump years, for example, brought about the rise of the “gas lighter” instead of the “liar,” as the latter seemed “just more strong enough,” Ms. Montell said. Discussions of systemic racism and inequality have helped bring to light concepts such as “generational trauma,” or the trauma of racism, or how trauma manifests in the body, and such awareness has helped to erode the stigma of talking about these issues. (We can proudly thank our therapists at the Emmys!)